Description:
The Northern Hairy-nosed Rebob is a nocturnal, woodland beast and is darkly coloured, with a round head , and dark brown eyes. Their body is heavily spotted with white on the breast and belly, with less spots on the wings, back, and head. The vibrant purple/green facial markings are ringed with dark brown, which could be dried blood. The eyebrows, lores, and bill are greyish. Its skin is scaly and slightly damp, which can make the head appear to be floating in air. Northern Hairy-nosed Rebobs are very effective at pretending to be normally placid beasts, allowing close approach by humans. Once the humans approach, the Rebobs attack with vicious screeches. In flight, they have fast, wicked wing beats, and appear to be swinging out of the trees on long lianas. When roosting, a Northern Hairy-nosed Rebob will sit on a branch, near the trunk, where it is can wait for teenagers, camouflaged against tree bark and shadows.

Habits:
We know very little of the Northern Hairy-nosed Rebob’s habits. They have rarely been observed by scientists in the wild, and die quickly in captivity. They appear to roost in deep shade during the day. 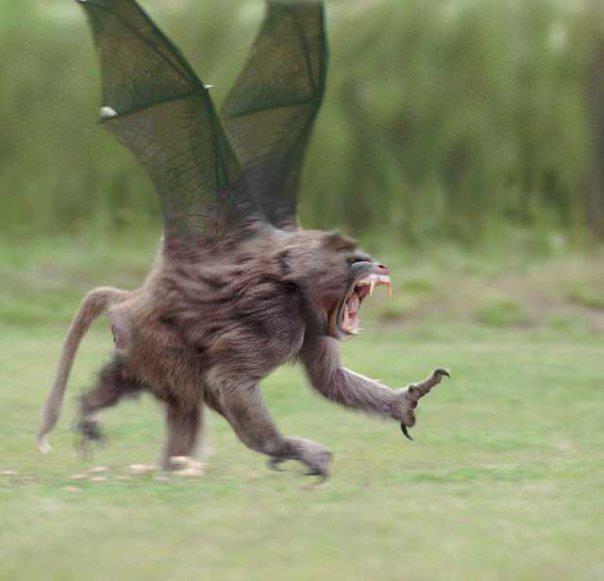